Rules for particular season leaders display can be set in FIBA Organizer. Select Season (folder icon on the left-side of the screen) and choose Statistical Rules. There are different categories and a corresponding blank box to fill with numbers according to your choice. 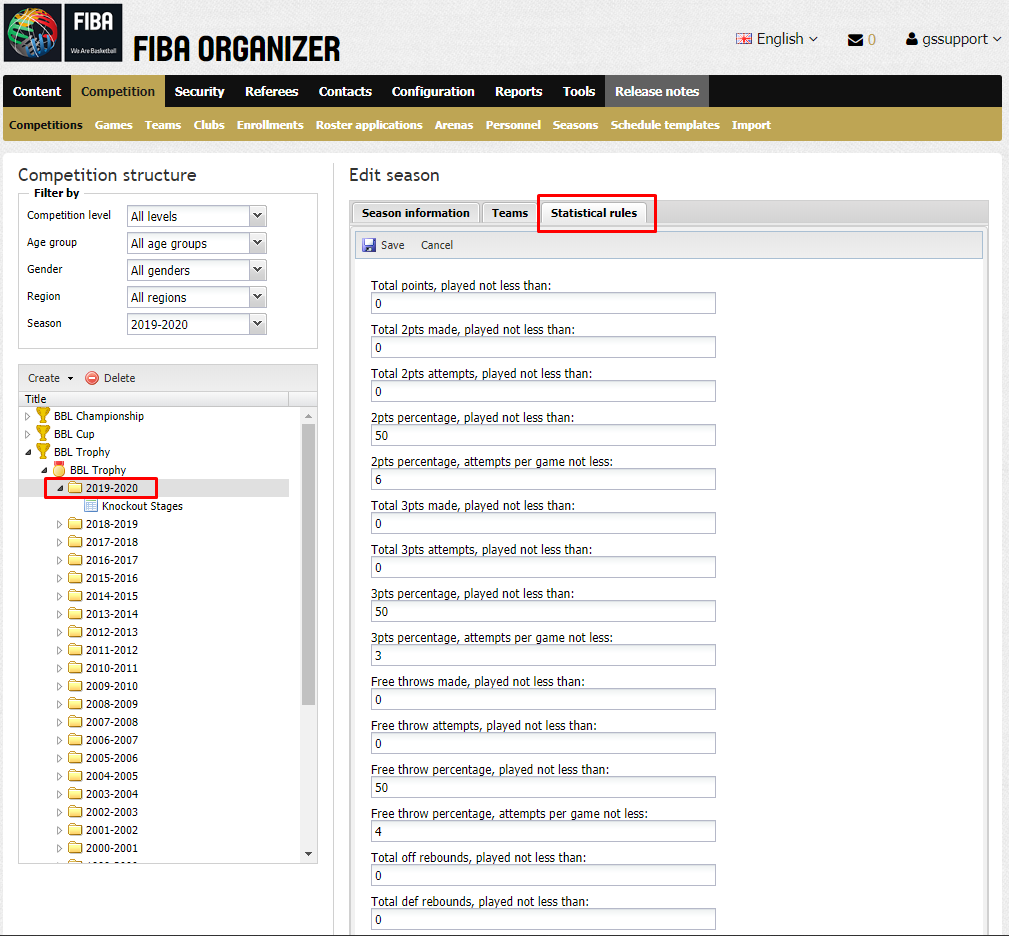 - 3pts percentage, attempts per game not less: if you enter 3, then player will appear in leader's list, if average of all season's attempts is not less than 3 per game.